Of all the technical details one could discuss regarding the craft of handknotted rug and carpet making, one stands apart as perhaps the most easily misconstrued, misrepresented, and misunderstood: knot count. This confusion arises for a variety of reasons too numerous to list, but suffice it to say knot count has tended  – rightly, wrongly, or otherwise – to be used as an indicator of rug quality due to its easily discernible and quantifiable value: the number of knots per square unit of measure. As such there is an expedience in saying a higher number of knots equates to a ‘better’ quality rug. Hmmm…. Yes, but that is not the full story.

Knot count is an excellent indicator of how finely detailed a carpet can be, yet the quality of materials, deft of craftsmanship and finishing, and the subjective value one assigns due to aesthetics all additionally contribute to making one handknotted rug ‘better’ or ‘worse’ than the next. Noöne who categorically states one rug is ‘better’ due to knot count – or any single factor – alone is being fully genuine, just as those who discount it are likewise not representing the full scope of a rug. In short, the higher the knot count, the more detailed a handknotted rug or carpet can be; ‘can’ being a very important modifier for some of the carpets I’ve most admired are very finely knotted (high knot count) yet very minimal in ornamentation. ‘Mameluka V A’ by Rica Basagoiti for example employs a relatively high knot count in order to provide detailing in the motifs, while simultaneously imbuing a velouté hand to the sparse field. It’s the sum of the parts and it’s some beautiful to use a local vernacular. Wait! Did I mention there are different kinds of knots… ? 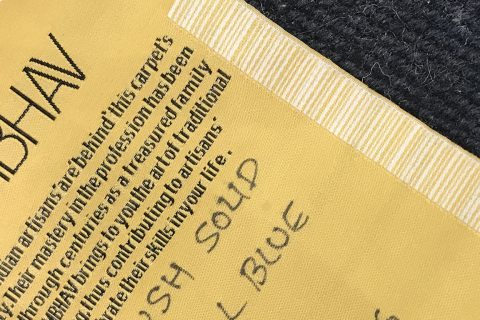 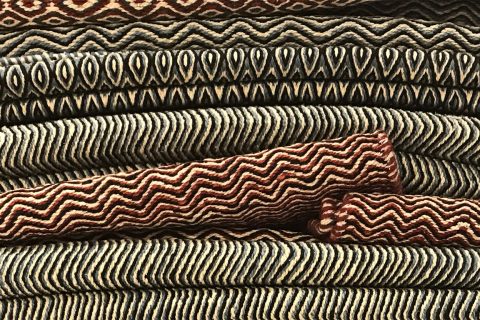