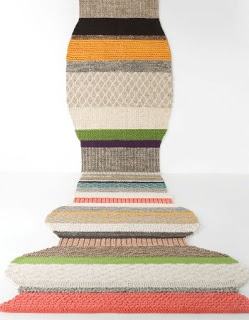 While I have previously expressed my opinions on the merits (and demerits) of various shows, I’ve yet to share my views on ICFF (the International Contemporary Furniture Fair), held annually in New York City. One could easily guess that I am a fan of the show, simply because it is in New York City, but there are of course other reasons, not the least of which is that you can see the best of contemporary design, often before it’s written about in the magazines. Suffice it to say, the show is not rug centric, yet many progressive, or should I say fashion forward rug companies do choose to exhibit. In short, if you are serious about making or selling contemporary rugs (not in the bastardized style sense a but in the actual time sense) it’s worth attending and/or exhibiting. So before this gets too long as it often does, here is what I saw and thought…
The Ruggist’s 2009 ICFF Review.
GAN
GAN (Gandia Blasco USA) won the ICFF Editors Award (See Interior Design) for Carpet and Flooring for its Mangas Carpet by Patricia Urquiola. Prior to the announcement of this award though, I had already decided to write about GAN for what they had done at the show. Just as New Moon provides their catalog on a DVD, GAN had produced their catalog and pricelist on CD in PDF format. I like this concept for many reasons. It’s easy to pick-up and carry around, it is less bulky than a catalog, it’s compact (like the “C” in CD) and to the purpose of the disk, it gets the images and info out there to presumably at some point sell some product. Of course, one can argue about the pros and cons of indiscriminate image dissemination but by putting product into the public domain, it is something we must all face, and even with the added problem of inconsistent colour rendering I still think it’s a good thing in concept.  The carpet which won the award however, is not included in the pricelist, and while it is true they had no way of knowing in advance what would win, does it not make sense to include everything you are showing? Now for the carpet…. 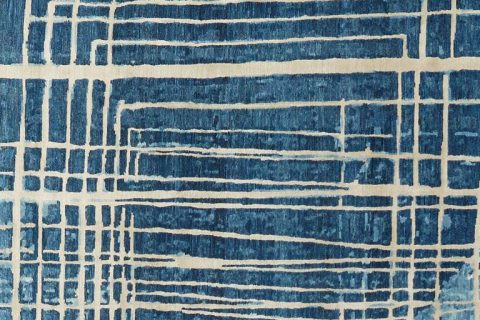