This just in! Okay, technically this is not “just in”, rather it came to me immediately on the heals of a previous housekeeping post full of announcements. Thus it was not included therein and so is now honoured with its own full attention post. Whoot!
Back Story
I’ve known the owners and staff of Interior Resources going back to January of 2006, and, as with most people I maintain contact with, I find them to be most hospitable, warm and friendly. They remind me of my former employer in Ohio, for whom, had fate not whisked me off to foreign lands, I would most likely still be working. When I’m in their Dallas, Texas, United States showroom, I always feel, in the Scandinavian way, warm and cozy.
I spent a week consulting with them last fall, and amongst a variety of topics was a discussion of their curb appeal. They had already decided to replace the former facade and so my opinion (about the windows) was more confirmatory in nature than anything else. In the photo below, you can see the now complete renovation.

Commentary
While we are not blessed with an Architectural Digestian “Before and After” photo spread, I will attempt to describe just how much better the new fenestration is over the old. The current plane of windows is at the front edge of the building, whereas the former windows were set back about eight to ten feet (8-10ft) from that edge. The wall (with open space instead of windows) can be seen between the rugs in the photo above. In place of the new glass was a series of false decorative columns. The result was a dimly lit and dark overhang that shaded the undersized windows and prevented any real display of merchandise to the external viewer. This was not ugly architecturally, and the curb appeal of the building was fine, but in short, it provided no merchandizing space for product, and thus potential clients driving past the building were left to wonder what exactly it was that Interior Resources sold.
By removing the former decorative columns and glass, adding ample lighting with new glass installed in line with the front of the building, the facade has been brilliantly transformed, and more importantly now showcases the product of Interior Resources. Driving by the building, especially at night, passing clients have no doubt what they can find within. It now says “We have beautiful (subject to your personal taste of course) rugs within” whereas the former said “business park”.
Sidenote!
Shown in the windows are carpets and rugs from “The Jane Waggoner Collection”, which is a line of self titled tibetan weave carpets designed by a local Dallas designer. Quoting the marketing literature…
“Jane’s inspiration began while traveling to Barcelona last summer [2009]. The Moorish motifs of the spanish tiles she saw became her muse for custom rug designs. In collaboration with our art department at Interior Resources, rug patterns and colorways were created for the Jane Waggoner collection. We proudly represent the 100 knot Tibetan wool line exclusively in our showroom. Let Jane’s rugs be the life of your client’s room!”
Conclusion
To quote Mel Brooks (as I love to do): “Merchandising; where the real money from the movie is made.” If people don’t know what you do or what you sell, how do you expect them to buy from you?
“We’re in a Fashion business!” is a line uttered by my former coworker Drew Carlson (now with Lapchi, by way of Asmara and The Rug Source in Denver), in response to the often utilitarian, bland, and grey wishes of our former employer. A “business park” aesthetic is fine if you’re selling paper, but not if you’re selling style. And while failure and success have many factors, I can assure you that with the exterior appearance of a sketchy office supply company, a certain unnamed now defunct rug retailer in southern Florida had more than an uphill battle getting customers through the door.
Retailers, in particular American Retailers understand this premise better than most. It’s the reason Abercrombie and Fitch smells and looks the way it does, it’s the reason a Subway restaurant has a distinctive smell, and it’s why, to quote more or less (lots of quotes this time, eh?) the late Patrick Swayze in “Too Wong Foo, Thanks for Everything, Julie Newmar”, “If you want them to know there is steak for dinner you have to let them hear it sizzle!”.
Am I being over the top? Maybe, but I can assure you that merchandizing and the strong emotions accompanying it, are very powerful sales tools. Don’t believe me? Ask yourself: “Why are their candy bars at the cash?”, and: “Why is it that you get that warm cozy feeling when you catch a whiff of a rug showroom?”
Editorial Edition
This was added after the original post and comes courtesy of one of our readers (not anyone at Interior Resources either). The before!! 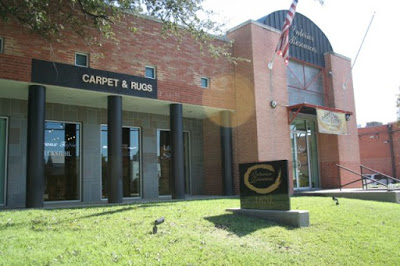 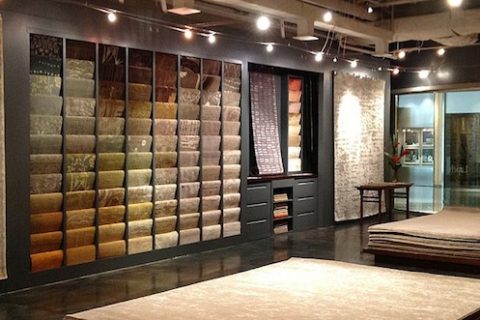 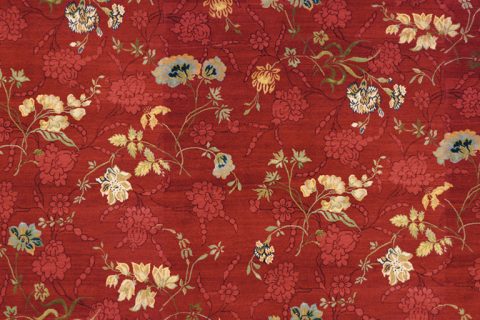