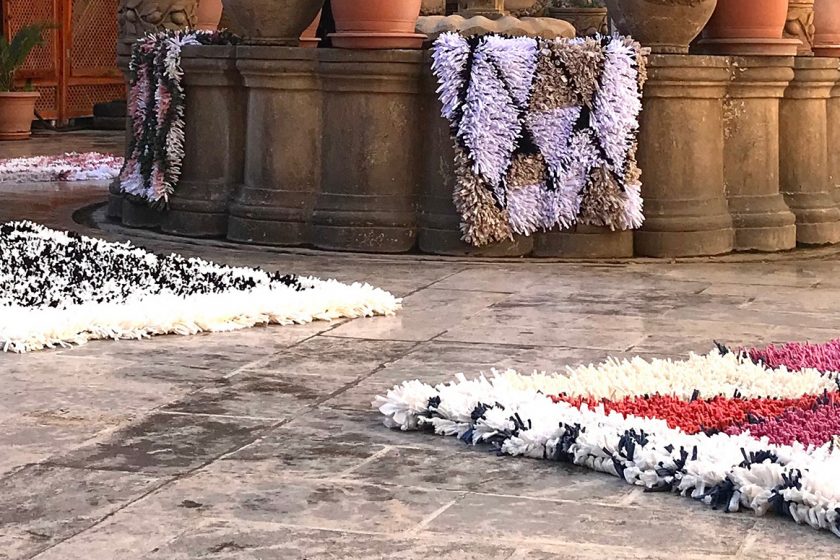 While the Ragmate Collection of cushion (toss pillow) covers, throw rugs, floor rugs and wall rugs possesses the same endearing shaggy texture as the original Ragamuf, the technique of manufacture differs. Instead of being handknotted to a stretchy substrate – as was the process for the Ragamufs designed by Finnish designer Tuula Pöyhönen – Ragmates are instead knotted to a stable net, which is a ‘very old and common technique, at least in Finland’ according to Leskelä. Utilizing waste textiles from the fashion industry, Ragmate is the realization of the long-held dream of Leskelä and the result of her endeavours to help those in need. ‘I want to use my skills and expertise so that as many female refugees as possible will have the chance to improve their condition to survive in their lives.’ Each individual and unique Ragmate (no two are the same) bears attribution for the Syrian refugee who handknotted it and in some instances even offers inspirational thoughts from the same.