“Whom are we to judge?” – Unnamed colleague/acquaintance of “The Ruggist”* The answer to that question is just as complicated and convoluted as the business of design – and by extension the critique thereof – is highly subjective, highly personal, and fraught with anxiety causing potentially dramatic and/or career altering repercussions. Indeed every time I write a post on “The Ruggist” I think to myself: “What am I saying?”, “Whom am I (potentially) offending?”, and “Does anyone really care?”
The “We” who judge can be the Consumer, the Maker, the Critic; both collectively and severally. It can be the pluralis maiestatis bestowed by the grace of god to Marie Antoinette, and it can be the lowly “we” of those peasants who were tired of eating cake. (Note: It is widely disputed that Marie Antoinette actually said “Let them eat cake!”, but for our purposes it works.) The power of any “we” who judges is derived from those who choose to believe what is said, rightly or wrongly, keeping in mind of course right and wrong are often, like beauty, in the eye of the beholder. Unfortunately for Her Majesty, the peasants weren’t so trusting.
“Beauty is in the eye of the beholder and it may be necessary from time to time to give a stupid or misinformed beholder a black eye.” – Miss Piggy, US Muppet and Pig
Like Miss Piggy, the “we” of me, myself and I, along with most anyone else on the planet tends to think of our own opinions as being right, with others deserving of the aforementioned black eye. And so, keeping that in mind as “we” pass judgement today: Whom am I to judge? I am The Ruggist, reviled in some circles, lauded in others, chronicling (and commenting on) the truths of the rug industry one opinionated comment at a time, sometimes with a black eye. Enjoy!
The short(er) setup!
I was recently made aware of the opening of Lapchi’s latest corporate showroom named in keeping with their style AtelierLapchi Cleveland. “Cleveland?” you ask. “Yes!” I say, “and let me tell you what I think of the new AtelierLapchi Cleveland!”
In short: What the hell are they doing?**
I’m not going to dwell at length on this as I am sure this post is going to be controversial enough (oh whom am I kidding, being concise is not one of my talents), but the first and most obvious “what the hell?” moment comes from the saying “a picture is worth a thousand words”. To make this easier I’m providing photos. 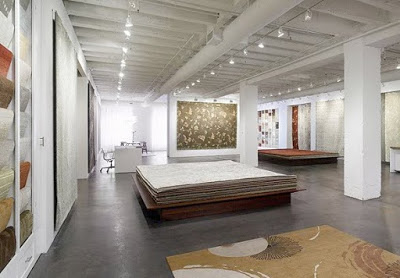 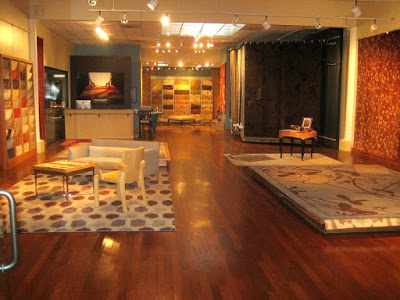 *I recently sent a solicitous email to rug dealers regarding Red Spruce, which was of course promoting the line and inviting those who received the email to become dealers. Did you not get the email? It might be that I don’t have your email address, or it might be that I don’t know of you, or it might be that you are in North Platte, Nebraska. In any case, if you think you might be interested, you can download the Informational Brochure for perusal at your leisure. But anyway I am getting off topic, and being highly self promoting. In the follow up from that email I was contacted by an acquaintance/colleague of mine from the world of rugs who was interested in learning more. In the course of our conversation my aversion to beige carpets once again surfaced at which point said colleague remarked: “Whom are we to judge?” And so I started thinking.

** To clarify some points and provide full disclosure. I have chosen to write about this particular topic due to my rather intimate knowledge of the Cleveland market, and the showroom that we will be studying. I was the Manager of Classic Oriental Rugs, and more to the point of this article, I painted the walls in the showroom the colours they remain today, five (5) years later. Moreover, during my time at Lapchi I actively pursued scenarios involving the purchase of the Cleveland location for Lapchi as use as a clearance centre. And also! I recently returned from NYC where I was told by a Ruggist Confidant (ask for your own Ruggist Confidant Identifying Lapel Pin) that many people think I am a front man for Lapchi due to my praise of their innovation of samples as a sales method. This is simply not the case, but they did innovate the use of samples, this much is certain. Though perhaps that is a concept (in its current form) that has run its course.
*** The photos are not used with permission, but were obtained from publicly available sources and fall under Fair Use permissions of United States, Canadian and International Copyright Conventions. 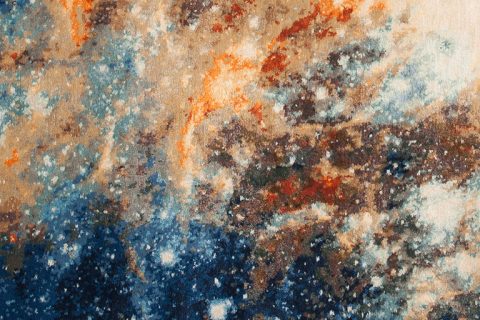 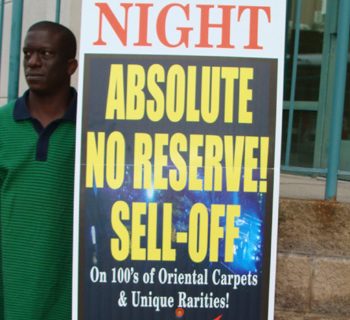