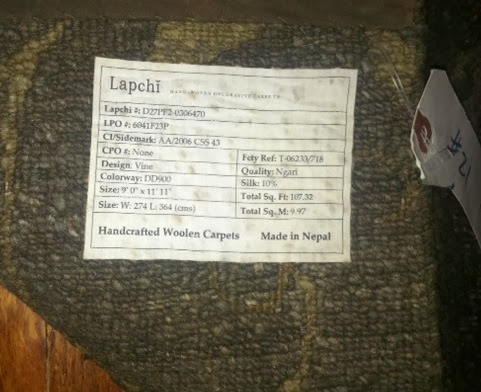 Apparently if you type “Lapchi” and some various other descriptors into the search engine of preference, your results may include “The Ruggist”. This is precisely how today we came to be talking to Amanda [LAST NAME REDACTED] who contacted The Ruggist last week to inquire about a fantastic carpet she had recently acquired. So, in what has to be the briefest introduction in Ruggist history, without further adieu I’m going to let Amanda tell us how she came to own such a carpet. Take it away Amanda Last Name Redacted:
“Hi, I came across your blog last night and I am hoping that you will be able offer some suggestions. I know next to nothing about rugs, but I recently came across a beautiful Lapchi area rug (9X12) which I purchased for mere pennies. (She put the Price here, but you’ll have to wait for that.) Is there a market for previously owned Lapchi rugs? Is selling it a feasible idea? It is quite large and will not fit in my relatively small space. Any thought or ideas you may have would be greatly appreciated!”
I was, of course, intrigued and inquired more, asking for photos and how she came to buy it. She continues:

“I am an avid thrift shop/consignment shopper and yes, a soccer mom too, though the kids have outgrown soccer! (I sensed a feeling of relief when reading her email) I found the rug at a local thrift store that supports individuals with disabilities. Most of the proceeds from the store go to support different non-profit programs in the area. The store runs on the donations that people bring. I donate there myself a lot, usually old dishes, outgrown clothes, etc. I think that occasionally, the people who price items are in the dark about the worth of the items. One day, there was a really awful fake Prada computer bag in the locked display case for $50.00 (USD) and two feet away just hanging on a wall display there was a Chloe handbag (authentic) for $10.00(USD). It was a lovely day for me…”


This is where I would normally say, “but I digress…”
“About a month ago, I saw the rug all folded up near the back. It is a very heavy piece, and one of the volunteers had to help me unfold part of it so that I could see what it looked like. I was not able to get a great look at it, but I figured that [DOLLAR AMOUNT REDACTED] for a rug that size was a good deal. (Usually if there are problems with an item, they will put “as is” on the tag). Two of the male volunteers helped me load it in my truck and I went home and put in in the garage until my husband could bring it up the stairs. I had no idea what the rug really even looked like until we unrolled it in the living room last weekend.”
And these are the images she sent: 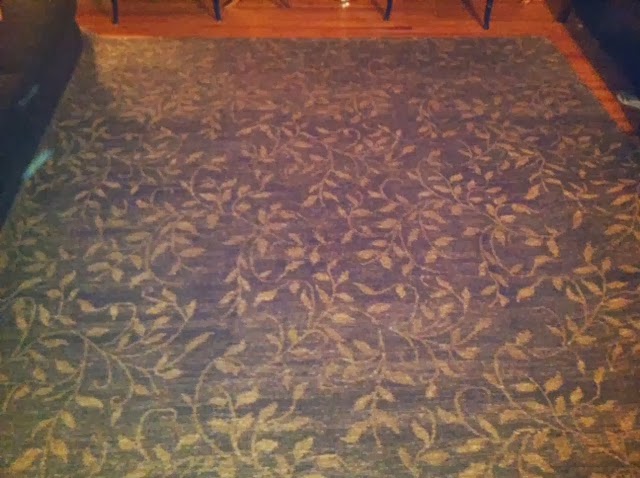 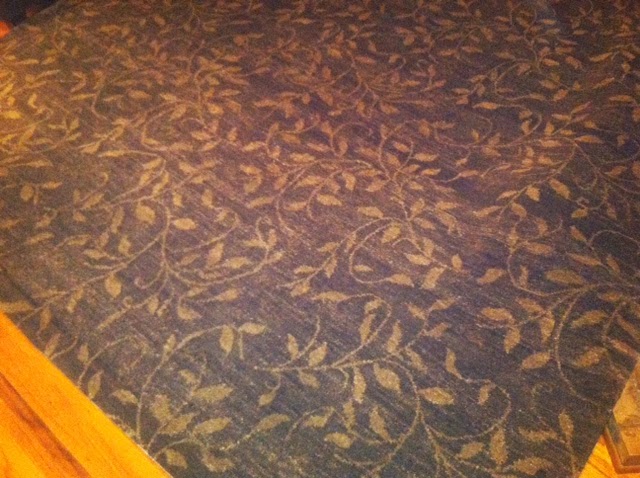 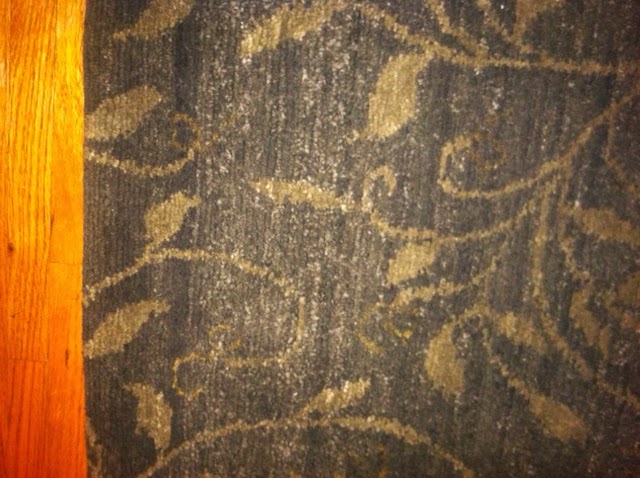 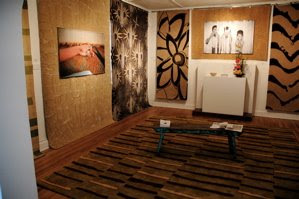 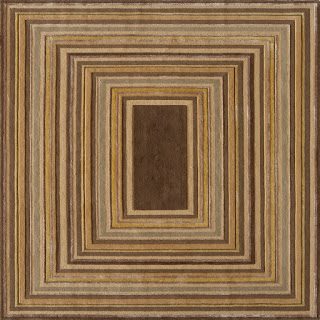