How is it though, that the Austrian born and raised Ms. Millinger came to be a rug and carpet dealer in Portland, Oregon hosting elaborate garden parties replete with the splendour of some of the finest carpets being made today? We’re about to find out!

‘For whatever reason she was determined to work for me.’ said renowned rug and carpet restorer and cleaner Robert Mann of Ms. Millinger. ‘She was this young woman, working as an au pair, who kept coming in asking if I had any work for her. The third time she came in asking, I finally said yes, and the rest is history.’ This tenacious attitude coupled with Ms. Millinger’s Teutonic diligence and desire to ‘do it until it’s right’ as Mr. Mann concluded are the tenets that have propelled Christiane from her humble beginnings as a young immigrant to the reputed and respected carpet dealer she is today. Earlier this summer I had the pleasure of talking with Christiane about her career thus far, beautiful rugs, and what it’s like to be starting up a rug and carpet store…again.‘I was nineteen (19) years old when I came to the Untied States – at first to just to travel but I ended up staying.’ said Christiane thus beginning our story in the late 1980s early 1990s. ‘I had a technical background in Textile Conservation from HTLTI (roughly in English: Higher Technical Research Institute for Textile Industries) in Dornbirn and it was love at first sight for me when I saw rugs. At the beginning I had somehow convinced him [Robert Mann] I suppose to give me a job. I was working two jobs at the time – which I enjoyed tremendously – and due to my technical background I was doing preliminary dyeing and working on the washing floor.’ Like so many stories of those in the world of rugs and carpets who come not from dynastic rug families, Christiane’s story is one more of happenstance, fate, determination, and hard work. For four (4) years she worked with Mr. Mann learning everything she could about rugs from construction and materials to repair, cleaning, and quality, so on and so forth as one would expect until it was time for a move.

It was then the early mid nineteen nineties. Christiane and her husband found themselves living in Portland, Oregon – a somewhat surprising oasis of refined taste amidst, well let’s just leave it at that and Christiane was now working with James Opie – with whom she was starstruck because ‘he had written a book’ as she says. ‘He gave me one rug to restore and told me to ‘come when you come and do what you do.” For the next eight (8) years working six (6) days a week Christiane worked building a business with Mr. Opie refining her taste and further developing her ‘love of the history and understanding of rugs on a molecular level’ that continues to serve her well to this day. By this time it’s the late nineteen nineties early aught twenty-first century, Mr. Opie is now more of a writer and eccentric (methinks a worthy career aspiration) and the ‘new carpet world’ was advancing by leaps and bounds.

‘I was young, strong, and invincible (again something The Ruggist intimately relates to) so I started my own business selling rugs.’ Christiane recalls. ‘I was making huge 25′ by 40′ custom designed Tibetan rugs and flying around to source rugs for the showroom. It was a great time!’ For five (5) years Christiane worked fervently building her business and reputation until, as it does, the demands of family, children, and life intervened. As Christiane began her young family she entered into a partnership in 2006 that would eventually leave her with a tremendous sense of loss.

As this is now the point in the story when The Ruggist first learns of and meets Ms. Millinger, the narrative becomes a bit more richly detailed. The partnership of which she speaks is that of the now defunct ‘Madison Millinger Handmade Rugs’ which began as most enterprises do with a flash, bang, and high expectations. Having met with the forces behind the Madison half of the partnership, I can attest that there was a certain unease about them, but no more so than you would expect from people with whom you just never get along. It was that kind of feeling. But it’s the run up to the financial crisis of 2008 and the rug industry is riding high on the gluttony that is the United States housing market. Personalities be damned, we’re selling carpets!!

As the crisis lingered and actions outside of our public knowledge took their toll, ‘Madison Millinger’ floundered then sank as goes my favourite metaphor. In hindsight Christiane says she was ‘too trusting and too blue eyed’ but such is the way of reflection. Now freed from the baggage of this previous partnership we enter an interluding period of family growth that will end when Christiane’s husband gives her the proverbial ‘kick in the pants’ and she restarts her rug business in 2013 ‘a little older, a little wiser and still loving rugs’ as she exclaims!

Getting back into the rug business has presented challenges that did not exist when Christiane first opened in Portland. Foremost amongst them is that in the wake of her former business and partnership other rug and carpet showrooms have opened in Portland. Be they specialty brand associated ones, or the more traditional multi-line (with some private label production) storefronts the market is far more competitive – especially at the high end – than it was the first time around. But this has not deterred the persistent Christiane.

‘It has been very interesting to start working again, and it has been humbling. Everything has changed in the time I was away from work (2008-2012). Politics. Consumers. Everything.’ But as we’re talking about rugs and carpets some things have remained the same, including an innate love of quality, originality, and craftsmanship in carpets and the producers who make them. ‘What carpets are you selling these days?’ I ask in order to expand the concept. ‘Primarily you must trust your own judgement when buying carpets. These days I’m selling what I call a curated collection of solitary pieces – a kaleidoscope if you will.’ Owing to her experience this means a diverse selection of both traditional and contemporary styled pieces. Afghan, vintage Moroccan, and antique carpets are juxtaposed against the works of contemporary makers such as Wool and Silk, Jan Kath, Kooches, and Stephanie Odegard – whom Christiane refers to as the ‘Grande Dame of Rugs’. ‘Doing business with Stephanie is more than just business; it’s about honouring all she has done and the quality of the carpets.’ according to Christiane who continued ‘and Erbil Tezcan [of Wool and Silk] lives and breaths rugs. He makes us all so proud, as does the sophisticated subtle look of Kooches.’

‘But what is your current favourite carpet?’ The Ruggist inquires because that’s what everyone always wants to know. ‘Oh that would have to be the ‘Turquoise Bidgar’ carpet from Jan Kath. He’s so bold, daring, and fresh, plus everything he makes is exquisite. I had to wait one (1) year for this carpet and it makes me want to eat chocolate!!’ Christiane concludes enthusiastically.

When asked ‘What are some of the challenges facing the industry today?’ Christiane is quick to cite the ever quickening pace of society and the various ills which accompany that. ‘Our younger consumers are [for the most part] ignorant of the concept of value. Everything is disposable, and everything is immediate. They have no education of what makes a great, unique, handmade product.’ This is of course not a new concern. Rug dealers have been promoting the merits of handmade against everything not since dirt was new but, as Christiane well notes, our current culture only exacerbates the dilemma. ‘It’s a joy when the children of some of my older customers come in because they understand handmade.’ We then lament this is now the exception rather than the rule.As our conversation begins to meander wildly at this point we also discover (that’s a lie, I already knew but needed a decent segue) that Christiane and I share a love for doing things the right way – though I will be the first to admit I often fail in my own attempts. As we talk about our mutual disdain for cheap rugs of no significant consequence my thoughts begin to wonder. Mulling the words ‘great carpet’, ‘quality’, ‘curated’, and ‘authentic’ over and over again in my mind, juxtaposed with all of the negative connotations of a properly uttered ‘cheap!’ What does it really mean to be selling (and for that matter making) authentic, great, quality, et cetera carpets? But that’s an ideal question for another day, and I’m digressing.

Because of her extensive experience and understanding of rugs on a ‘molecular level’ it’s easy for Christiane Milling to say we must trust our own judgement when purchasing rugs and carpets; for her it’s old hat and her purchasing decisions (for the most part) are wise. For her customer base however, it’s precisely why they seek her out. They recognize her expertise and are once again returning, trusting her experience, honesty, and integrity as they search for their next great carpet. As long as there are quality rugs and carpets to be had, her passion, her love that has existed since she first glanced at a handmade rug will endure, and she will continue to espouse the benefits of handmade to each and every person who might be her customer. 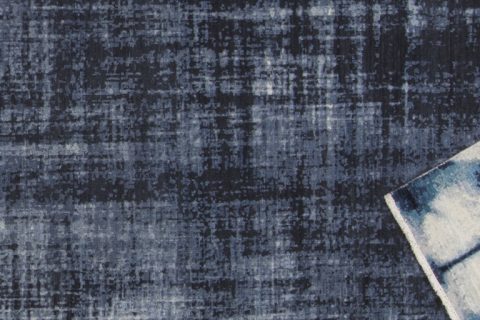 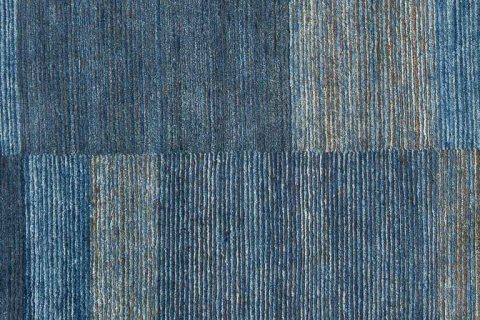