On 10 November 2019 Peter Goudeseune and Sergey Burattin of Aquafil, makers of ECONYL® nylon, Shally Sarawagi of Sarawagi Rugs, and I traveled to the north-east outskirts of Kathmandu, Nepal in order to ceremoniously remove the prototype handknotted carpet made from ECONYL®, now named ‘Nylon Engulfed,’ from the loom. This is not in any way a tradition within carpet making in Nepal – it is a commercial industry after all – but it is ceremony within weaving in Aubusson, France. The tombée de métier, the ‘falling from the loom,’ when a tapestry is removed, via cutting of the warp yarns, from the loom; it’s an irreversible step that concludes the weaving. The same is true for carpetry of course and thus for this seemingly auspicious occasion we borrowed a bit of ceremony from another regional weaving culture; one which exists today in diminutive form compared to former periods. Whether I mean Nepal or France is an interesting question for another day.

Goudeseune and Burattin had not traveled to Nepal specifically to participate in this perfectly Instagramable moment, but with travel in neighbouring India already required and in response to the high degree of expressed interest from makers within the Kathmandu Valley, the sales duo deemed the stop beneficial and so arrangements were made for the coördination of schedules.

Before the field work and travel to the loom however, I sat in – as observer and occasional active participant – on a sales meeting between Aquafil and Sarawagi Rugs. I learned a lot.

As alluded to in the preceding article on this project, the notion of creating, designing, and implementing a circular design philosophy is not as easy as simply saying ‘It will be,’ and having it willed into existence. There is a lot we don’t know and moreover, we often don’t even know what we don’t know. With various partners scattered around the globe, coördinating efforts, understanding both the benefits and limitations of the fibre, and simply the logistics and technical requirements of circular design, all require far more thought and concerted effort than simply saying ‘I will now make my eco-friendly handknotted carpet from ECONYL®.’ Some of these concerns will be addressed in a bit more detail in the fifth and final instalment of this series, but for now, know that to truly be doing good for the environment, more thought is generally required.

Bundled with this is also an inherent need to do so within the context of modern consumption, the economy, and the state of the world today. In short, whatever is done needs to be appealing, desirable, have purpose, and above all else one could argue, resonate with consumers and consumer needs and wants. After all is said and done, if noöne is buying then all this is for nought. To do so in a truly circular manner borders on the divine and remains the ultimate goal.

Introducing then, ‘Nylon Engulfed’ the prototype handknotted carpet made from ECONYL® nylon.

Inspired from the reclaimed ocean nets which are integrated into the ECONYL® regeneration process, ‘Nylon Engulfed’ is one of many designs in a forthcoming collection created by Isobel Morris for Sarawagi Rugs of Kathmandu, Nepal. Knotted using ECONYL®, the collection’s leitmotiv plays with imagery of nets, waste in the open ocean, and sea life, examining each in both figurative and abstract manners. The interplay of positive and negative space, a cohesive palette, and occasional nods to identifiable design genres of the past century all contribute to an impressive aesthetic which, if you’ll allow the pun, ‘catches’ the eye upon first sight. That is the immediate aesthetic attraction, but ‘What does it feel like?’ is another all important question when discussing rugs and carpets – particularly one made of a novel to the form fibre.

‘[I] really enjoyed the colour and appearance of it. I actually ended up spending a few of the minutes just sitting on it. It [the carpet] is really soft and warm,’ said my friend, colleague, and occasional on-location photographer Prabal Ratna Tulandar after taking a final series of photographs for project. This assessment is in agreement with my own personal observations made of the rug prior to washing and finishing and so now it is that I, like you, must wait to see if the hyped resultant tactile properties match reality. We’ll do this together during Domotex when ‘Nylon Engulfed’ is showcased in the Framing Trends section in Hall 8.

Returning then to that aforementioned sales meeting and several of the things I learned. While it is no surprise to those already working with nylon and indeed many synthetic fibres, it is worth noting that the texture of the fibre itself, and thus the resultant hand and handle of the finished rug or carpet – handknotted, machinemade, or otherwise – is variable subject to the technical requirements of the project. Moreover, there are also matte and shiny versions of the fibre which allow for the emulation of say wool and silk respectively, for example. This latter feature was employed in crafting ‘Nylon Engulfed.’

So while it is that ‘Nylon Engulfed’ was made with a specific configuration of ECONYL® yarn made from bulk continuous filament (BFC) – the base structural component of nylon yarn – for those who might consider working with ECONYL®, other configurations with other properties exist. These myriad options have the ability to render design and aesthetics differently much the same way as different yarn types of wool, for example, yield different results. More experimentation is most certainly required; think of it as the difference between Nepali-Tibetan carpets of the 1990s and now. More will change and develop. This is truly a prototype which foreshadows what I envisage to be, great handknotted carpets to come.

Another consideration is that ECONYL® – like nylon derived more directly from fossil fuels – can be coloured in different ways. One method, known within the synthetics industry as ‘space dyed’ is as with the dying of wool. A pure white yarn is dyed to a finished colour using a dye vat; undoubtably you have seen photographs of this process. Given ECONYL’S® exceptional ‘whiteness’ compared to wool, this results in very vibrant, almost luminescent and radiant hues. The yarn for ‘Nylon Engulfed’ was dyed in this manner and just as with wool the colouration can be stripped from the fibre via bleaching.

The other manner of colouring ECONYL® is a process called solution dyeing, or solution dyed; again this is only newfound for people like myself who were formerly ignorant of nylon and its properties. In short, the dyestuffs are added to the ECONYL® production process while the nylon is still liquid. The resultant product’s colour is fast and moreover cannot be removed via bleaching. It’s a great property when sanitation and cleanability are an utmost priority, though the palette is more limited due to minimum production runs.

The take-away message from this day of meetings and a fantastically inspiring site visit is twofold. Firstly, that this carpet is not only beautiful, eco-friendly, and novel but also true to how I’ve endeavoured to describe it, as prototype. Secondly is that this prototype is merely the first step in a collaborative process that will need to involve not only ECONYL®, but every partner working within the production and supply chain of any resulting handknotted carpet. Not only that, but those involved in the distribution of the carpets and even consumers who must decide what to do with the handknotted carpet at its end-of-use must also be considered partners and collaborators.

These latter sentiments are at the core of the circular economy stressed by Aquafil. It is not simply good enough to design and make a product out of a recycled and recyclable material. Rather the entire lifespan from Ideation, to Context, to Design Impetus, to Crafting, to Fruition must be considered. Moreover if, at the conclusion of the lifespan of a product, we have no plan for how to return the constituent materials to the service of human civilization and the planet – to regenerate them if you will – then we have done a great disservice to not only ourselves but to this planet. ‘Nylon Engulfed’ will hopefully foster the kind of discussion required to facilitate such a utopian ideal.

The prototype handknotted ECONYL® carpet will debut at Domotex in Hannover, Germany, 10-13 January 2020. See the carpet for yourself and listen to a panel discussion lead by this writer as we discuss all there is to know about this project, the carpet, and how we can each to our part.

This article is part four of a five part series; part three can be found here, part five, here. 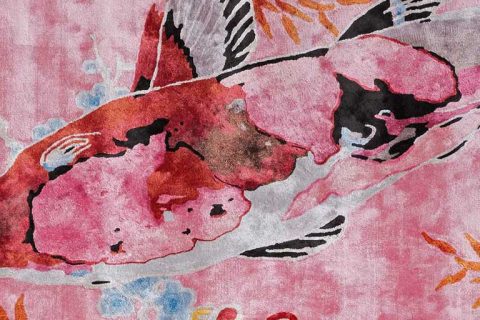 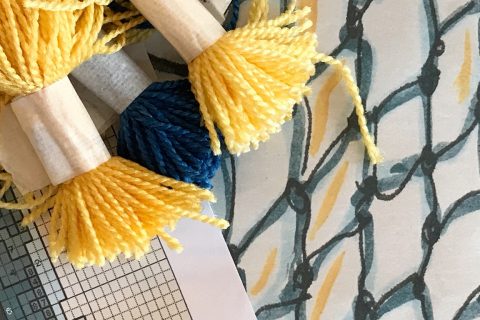 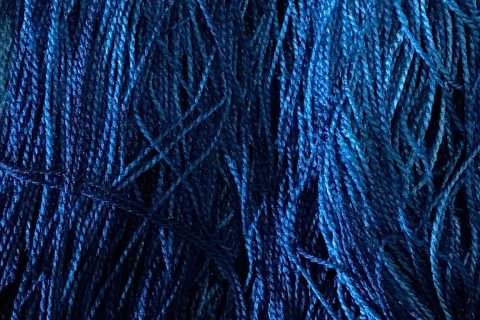