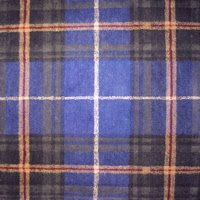 After two or three weeks away from the blog, which has involved packing the contents of our house into boxes and moving them, I am taking a little time this morning to write. About what you may ask? This topic comes from my husband (partner for those of you not in tune with Canadian law) and is a dilemma that has existed ever since couples started living together: Which carpet to choose?
The Backstory
We have recently moved into the big city (with the “big harbour” for you Thomas the Tugboat fans) of Halifax, Nova Scotia. Well technically for postal addressing it’s Dartmouth, but then again, technically it is the Halifax Regional Municipality, but I digress. Suffice it to say, we are enjoying city life once again after our three (3) year country sojourn. Our new home is a classic saltbox with an amazing southern exposure sunporch on the front. We have brought our existing carpets with us, and are using one (1) in the dining room, another in the guest room, and the last one will likely end up in our bedroom. This leaves several rooms and areas to be filled, and thus comes today’s entry. As “The Ruggist” – arguably an authority on the sales, merchandising, and marketing of carpets (with enough opinions for a few more specialities) it stands to reason that I would, should, or could have the final say on what carpets are used here at home. Of course, reason and I are both wrong.
The Front Hall
Our front hall is the main thoroughfare on the first floor and is modest by McMansion standards and prodigious by New York standards, measuring just 4’6″ x 12’3″ with four (4) entry and exit points. It has beautiful original maple flooring and we want it to really define the eccentric tone of our home when guests enter.
My husband is quite accommodating when it comes to my eccentric tastes, so I will acknowledge that I am grateful for him even entertaining my suggestion of a custom Tartan Design runner in the space. That wasn’t the stumbling block though! To him, in theory at least, a Tartan is an acceptable idea. Which Tartan on the other hand is another story.
Tartans – A brief primer
A tartan is technically a woollen woven cloth in any of the various plaid designs usually associated with a particular Scottish Clan. One could argue as I do, that the term can thus be applied to hand-woven carpets as long as the design is a recognized plaid. I have been particularly fascinated with reproducing plaids in carpets for a couple of years and have some degree of experience when it comes to translating the original design into a carpet. I have even translated the Official Nova Scotia Tartan into a carpet, and hold a license to have it produced as a carpet, which I have had done.
A Tale of Two Tartans

The Nova Scotia Tartan is the officially registered and recognized Tartan of the province of Nova Scotia, was designed in the early 1950’s, was the first provincial tartan, and anyone who wants to promote Nova Scotia is entitled to use it. Its colouration is drawn directly from the natural and royal splendor of Nova Scotia. Miss Lani Baker of Lapchi, describes this Tartan as having a wonderful blue hue in the field and being a very soothing carpet overall. Furthermore, there is already in existence a perfectly serviceable 3’0″ x 10’0″ runner of this design. 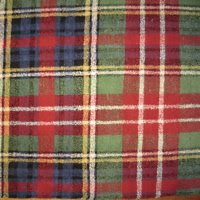 The Christie Tartan is the official clan or family Tartan of the Christie family, and while little is known about its origin or history, technically only members of the Christie family should use it. Its coloration is quite bold and is best described by the outmoded term “jewel tone”. Contrasting the Nova Scotia Tartan, a description relayed to me by Ned Baker of New Moon is best paraphrased as “If it’s not Scottish it’s Crap!”
The Question?
So as it is becoming apparent we are presented with two equally valid options for the front hall. My pragmatic husband says we should use the existing Nova Scotia Tartan runner (as it sized appropriately), and because he finds it the less objectionable of the two designs. Whereas I of course want to use the Christie Tartan which involves having one produced, and for the exact same reason he finds the design objectionable – in his words garish – I find the design wonderful. The former says “I love Nova Scotia and am proud to live here” whereas the later says “If it’s not Scottish, it’s crap.” Err. I meant to say “Live large!” So…. Which one is it? And, what does it mean to you?
The answer?
The jury, I’m afraid, is still out as to which carpet it will be. I want a bold statement as I believe that at a certain point people expect eccentrics to be, well eccentric. Of course, the existing carpet is equally as nice, still quite the statement, and well already existing. The debate shall continue. But this story does reveal several interesting points of discussion or thought for us to consider.
Analysis
While both designs are technically custom, the time/ease component of selecting a ready-made carpet over a custom-made carpet still exists in this example. Time is frankly not a concern for us as we have no pressing want for this carpet. So it comes down to the ease. It’s quite easy to put down the one carpet and be done with it. We know exactly what it looks like and there is no room for disappointment. If we order the Christie Tartan, odds are it will turn out correctly, yet there is still the chance for error and disappointment. The frustration of those potential errors may simply not be worth it.
Continuing then, who is making the purchasing decision? Think about any sale you’ve been involved in. One party of the couple spends all the time shopping, presumably with carte blanche purchasing authority, only to have their selection rejected by the other party. In this case there are clearly different mindsets (which may or may not be adequately communicated). I want the Christie Tartan with the  decision based on aesthetic, whereas my husband wants the Nova Scotia Tartan based on economy. Monetary concerns (outside of the current environment perhaps) are often just an easy out, but I know my husband and in this case it is true reasoning.
Just as the full details of a purchasing decision are quite often unknown, so too are the full details of this story. Until now. For at play is also a continuation of the crossed vs. uncrossed debate. The existing Nova Scotia Tartan runner is of uncrossed construction whereas the potential Christie Tartan would be of crossed construction, and to clarify, none of our existing carpets are of uncrossed construction. There is a saying, “put your money where your mouth is”. Although I have never fully stated my position on the crossed vs uncrossed topic, my money to date is clearly entrenched on one side of the debate.
And to further compound the discussion, what price is to be paid for said runner? You could correctly assume I have a decent handle on production and importing costs so I know a good or fair or whatever you call it price. As I don’t deal directly with Nepali producers (by choice or otherwise) I turn to major players in the world of rugs to produce carpets for me. Why? Well I must admit I am a big fan of brands, but that is a topic for another day. Could it be as simple as who gives the best price? That simple: No. But it just might well be who gives the best value.
To make a long story short (too late…)
In truth I could have either design made in either construction, by a variety of manufacturers and importers, at a variety of price points, and purchase it from good friends or casual acquaintances. So, in the end, the final decision is based on decision making much more complicated than a simple yes or no, and could be based entirely on reasons unknown.