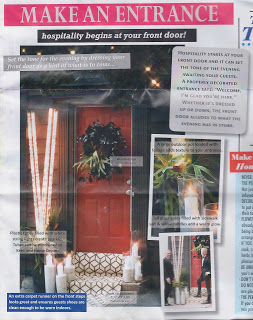 Gloria Gaynor’s disco hit “I will survive” has always been somewhat of an anthem for me and my people (and by my people I mean gay men, not coked up club goers from 1978). Within its easy to dance to beat and karaoke prime lyrics I’ve taken solace many a time when the world has, at least in my own mind, conspired against me, as it once again did this summer. People (and by people I mean society at large not the Soylent Green kind) generally avoid discussing the topic of depression, and I myself would rather it not exist. But it does, and I battle it, and like the Baz Luhrmann song “Sometimes you’re ahead, sometimes you’re behind, the race is long, and in the end, it’s only with yourself.” So as it seems as though I’m ahead at the moment, I’d like to announce that, just like the antagonist of Ms. Gaynor’s day: I’m back from outerspace. Now for the sake of things more interesting and rug related, let us hope the guests at the “Christmas Party” about which I am going to tell you “will survive” as well.
The Backstory
Fred Connors is what we around here (and be we around here I mean Haligonians, not rug blog writers) like to call “Halifamous”. He runs a very successful salon and cafe –  FRED (which should be praised for its pioneering gentrification of a neglected area of town that is now quite desirable), he has been on Canadian television as a life coach, and for those of you who wish to add a little urbane quality to him, he is a proponent of urban chicken coops – in defiance of the no so brilliant “leadership” of the fair City of Halifax. He is well known and whether you care for him personally or otherwise he is successful and has done good things for himself and the city.
Deb Nelson is a recent transplant to Halifax from Toronto who opened up a wonderful shop in the North End of town (not too far from FRED I might add). The eponymous “Nelson and Co.” shop features a well curated collection of household tchotchke for those with more discerning tastes. She is a well known interior designer in her own right and is a regular guest on “Steven and Chris” the gayest design show in all of the land ever since Christopher Lowell went off air. I like her quite a bit and we share a commonality of both having been featured in “Canadian House and Home” this year. So enough of who the players are. Now for the rug part!
Welcome to my Christmas Party, please don’t trip and fall and sue us.
Mister Connors published a broadsheet style Holiday/Christmas guide this year that is, to quote an anonymous friend of mine, “All Fred, all the time!!” It is full of gratuitous photographs of Mister Conners (as it should be), useful holiday tips, and (also as expected) it is full of product placements from companies and vendors he is presumably chummy with such as the aforementioned Nelson and Co. One such product is a rug, as can be seen below in this scanned image from his guide. See if you can find what is wrong in the photo.

Can you still not find what is “wrong”? What if I give you a clue and say it is dangerous!! Better yet I will circle it in bright yellow (for caution)!

There it is! A tasteful runner (from Nelson and Co.) welcoming guests (as Mister Connors suggests) to your festive Holiday/Christmas party,  Now I have no problem with temporarily using a rug out of doors to welcome guests, in fact I love the idea as it reminds me of the good old days of the British Empire. I imagine a servant putting out the rug(s) in advance of a lavish weekend hunting party (think Gosford Park), but I digress. The problem is….. Execution.
Execution!

Execution as in “the way things are done” not as in “killing somone” though with the way this runner is loosely and flippantly placed up those steps Mister Connors fails on execution but may succeed in executing some guests. Any runner placed on stairs needs to be fully secured as to not become a tripping hazard. Everyone looking at this photo can tell this was not done and since he is illustrating the concept to presumably not as well informed about rugs as myself (or him for that matter) readers, more caution should be taken so that, wait for it, guests survive your party (or even get in to it for that matter).
Conclusion!
Great Idea, not so great execution (or was it, dum dum dum). This is what happens when you get tips or buy a rug from non-rug people!
Happy Holidays
I’d like to wish all of you my diligent readers a Merry Christmas or whatever holiday you may (or may not) celebrate and I look forward to writing more in the New Year. As always, thank you for reading!
26 January 2010 Michael Christie 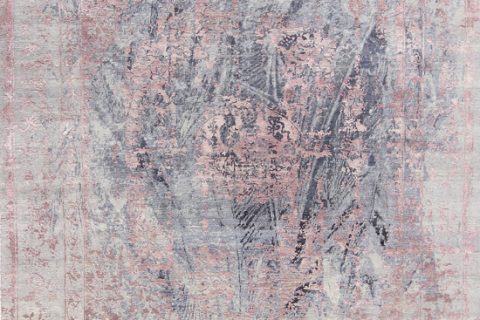