One further piece of political commentary before we move past geopolitical concerns and turn our attention toward the pressing matters of beautiful and well crafted Iranian (Persian if you’d rather – I do not) carpets: It is important to note that until the formal agreement is signed sanctions remain in place. As reported in the Washington Post: “While the deal will lift most U.N. and E.U. sanctions, the Obama administration said Tuesday that the restrictions on U.S. trade and investment will remain in effect with the exception of imports of food (Pistachios and Caviar!!!!) and carpets….”

To be entirely fair, it should be made clear that I do not subscribe to the misguided carte blanche conviction that Iranian carpets are the best in the world simply because they (as a region) have been making them the longest. On other hand I do subscribe to the idea that the time tested and honoured techniques used in making said carpets deserve a degree of reverence because of the inherent value we should place in well tested technology (weaving is technology…). The old adage: If it isn’t broke, don’t fix it. (Yes I’m alluding to the Crossed vs. Uncrossed debate of another region.) All of that having been said, Iranians certainly posses the ability, skill, and knowhow to produce world class carpets; we – as reputable rug and carpet purveyors – just must not promote the disingenuous notion that all Iranian carpets are superior simply because of where they are made. Rather we should treat them as we do any other carpet and grade them on their individual merits: primarily piece by piece, then maker by maker, and perhaps brand by brand.

As we are now at the cusp of the re-re-opening (Sounds ironically like an old school GOB style rug store does it not?) of legitimate carpet trade with Iran, I must wonder what this means not only to Iranians but also to us here in North America, and also, if we remember to think about it, the rest of the world. Though we as Americans have long enjoyed the benefits accompanying our position as the World’s preeminent political and economic power including our ability to dictate (to a degree) the fashionable whims of the rug and carpet industry, it’s not as though carpet production in Iran ceased when this embargo was enacted in 2010, nor is it as though there is a shortage of Iranian made goods in the United States (and indeed the world). In fact, The Ruggist wrote disparagingly of the overabundance of Iranian goods back in 2010 and discussed the merits and failures therein in: Embargo On! Even in current media discussions such as this one from Reuters there is an overt allusion to this oversupply, so why is it that we crave more of what we already have?

‘What do Americans want [in their carpets]?’ is a question I’ve been asked countless times. The answer is not as simple as one might think, but in truth we, like everyone else, just want beautiful well made carpets and as every marketing statement created in the last century espouses, we want it to be new and just for us, because we’re special. We also want them at the lowest price, but that’s a topic for another time. This desire to have what’s new and fashionable drives most of our industry and I shan’t trivialize its importance to our modern economy. In fact, perhaps there are some opportunities to be found in the relative isolation this last embargo created.

In that same aforementioned The Ruggist article on overabundance we spoke of how the rest of the world moved on in design and that the rugs and carpets being produced in Iran were no longer en mode (for Westerners). This remains somewhat the case to this day, but as other economies in the world improve it becomes less of a concern to the Iranians as buyers for their wares can be found outside of the traditional Western powerhouse consumer States. From The Economist: ‘A Tehran dealer points to a rug depicting a Persian princess nuzzling a lamb. ‘Iranians don’t like these, but our Chinese customers are buying hundreds of them.” North American’s don’t like them either, but from a business perspective, it doesn’t matter as the goods are being sold regardless.

What does matter at this point for Iran, and us in the West is that we (once again) have a great opportunity to legitimately buy superior rugs and carpets from Iran. Not only to have the contemporary masterpieces of Hossein Rezvani, Orley Shabahang, and Zollanvari, (to name only a few) once again grace our North American floors, but also to have access to ‘traditional’ styles and colourations we might not have otherwise seen. Just as in days past when Chinoiserie or any other foreign style was co-opted and promoted as the latest rage, so too could these newfound carpets be treated as exotic and fashionable beyond the overhyped grebluvey and greige mass appeal world of rugs. Iranians will now again have a great opportunity to diversify their design style and distribution supporting the trade of all manner and stylings of carpets thusly improving the lives of thousands of weavers; of people just trying to get by in life.As the embargo ends we should remain cognizant of the individual value of Iranian made carpets, but weary of their potentially overstated collective quality. And let us please not muck it up for them by over homogenizing their work to our Western mass market demands only to once again abandon them by way of sanctions in the future. 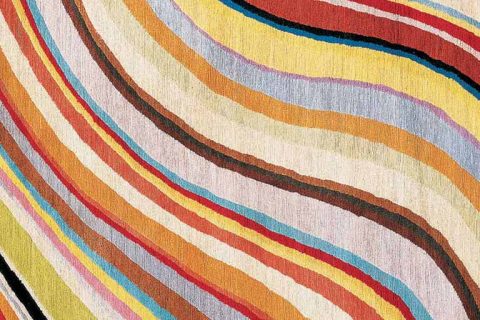 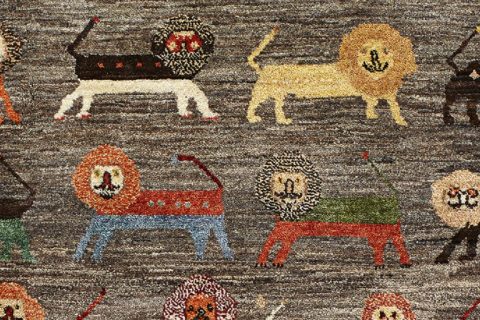