This article originally appeared on The Ruggist on 22 November 2015 C.E. under the title ‘It’s not Your Composition, It’s a Knock-Off!’ On 22 June 2018 C.E. it was re-edited and updated to correct minor name and content changes as well as to provide better quality images.

It’s frustratingly cliché, but it’s the rug industry. The later half of that sentence has been uttered innumerable times as justification of some archaic practice that while remaining perfectly entrenched in the rug industry is not quite at home in our current times. Some are egregiously out of touch, others quaint and endearing. It is, after all, the rug industry and we must accept it for what it is or so goes the conventional wisdom. The problems – seemingly infinite as they might be – occur when convention, tradition, and ‘because that is the way we’ve always done it’ meet the modern legal structure in which we have chosen to live. As previously discussed in nauseating detail and considerable length (both on The Ruggist and in COVER) the issue of Copyright in the rug industry is not the simple black or white issue many would have you believe. Even if it were black and white (or is that white and black?), which hue of black and which hue of white are we discussing exactly? So many possibilities that we shan’t touch upon today; the position of The Ruggist is clear: Do not copy. ‘Copy’ being – of course – a heavily nuanced word. It is however, the complete and utter lack of nuance that once again brings the issue of copyright back to this electronic page.

‘All that is necessary for evil to triumph is for good men to do nothing.’ is oft attributed to Edmund Burke; a man who may or may not have actually been the first person to express such sentiments. Whether he was penning anew or paraphrasing one of a litany of potential original sources is not for us to ponder. Nor should we equate copyright to some epic saga, for it is not. Rather, the message – that through inaction we yield to the opposing view – is what is most important. Plus, the debate on the quote’s origin is also deliciously relevant to the convoluted issue of copyright. With that, and without further inaction, I present for your consideration, the story of some stones.

‘Story  Stones’ could arguably be considered an iconic design from the earliest years of this century. First introduced by Donghia as a fabric, the design was subsequently licensed by what was then Odegard (Subsequently the Stephanie Odegard Collection in 2015 C.E., and now in 2018 C.E. simply Odegard Carpets.), once again for use in rugs and carpets. Prior to my departure from to-the-trade sales in 2005 C.E. I sold a fair amount of this design – specifically in the unshown (and very sexy) red colouration, but that is inconsequential other than to personally attest to its commercial success. The design was in fact so novel and interesting or as noted, commercially important that Donghia decided to protect their intellectual property by filing for, and receiving copyright registration in the United States in 2000 C.E. By international convention and various treaties this, for practical purposes, extends the copyright protection globally to varying degrees of success and enforcement.

‘When you create great designs and you are a worldwide company, you have to expect copies.’ begins Andrea Favaretto Rubelli, CEO of Donghia, Inc. via email. ‘Usually you can expect them to come from the eastern part of the world, where it is unfortunately a very diffused practice. But sometimes they come from western companies, which hurts even more because it’s a sign of lack of ethics in our neighbourhood.’ In differentiating the expectations (and perception) of copying between the broadly defined western and eastern world Mr. Rubelli speaks to what is the most important point of the entire discussion of copyright in our modern world: cultural and regional differences. Regardless of your (or my) opinion however, as the Finnish saying goes: ‘Maassa maan tavalla.‘ ‘In a land, in its fashion’, or as is said in North America, ‘À Rome, fais comme les romains’. As it thusly follows, if you find yourself in a land that respects creators and grants copyright then you must abide by those conventions. ‘Copying designs is like stealing;’ Mr. Rubelli continues ‘it actually is stealing, stealing ideas that are the result of conspicuous investments that our companies constantly make to design and develop outstanding new products.’ But what in the name of all that is good and beautiful has caused us to be revisiting copyright even though we said we were done? Why a comment on a facebook post of The Ruggist’s of course! Just in case the other party chooses to delete the comment, it can be found here. I’ve taken the liberty of including a screen capture of the exchange below.

If the benefit of doubt were to be given, emphasis on if and were, it could be supposed that the folks at DAVAR Design independently created the presented work from the same source inspiration as Donghia; after all, ‘Story Stones’ was not created solely from the ether. But to give such benefit is to be obtuse at best and trumpian at worst. It is simply untenable. ‘The judicial standard that is most commonly applied is as follows: Whether the ordinary observer (or casual observer as I rather), unless he set out to detect the disparities, would be inclined to overlook them and regard the aesthetic appeal of the two works as the same. On the other hand, designers are more likely to focus on the individual design elements and the differences between the designs. This has given rise to some widely held myths [first among them is that] many designers believe that the designer point of view as to specific changes will be given legal recognition. This is not necessarily so according to How, a venerable publication for graphic designers. (Incidentally, the same article references the same case ‘Tufenkian Import/Export Ventures, Inc. v. Einstein Moomjy, Inc. – S.D.N.Y. – 23 April 2002‘ as The Ruggist in ‘Exploring Copyright!‘

Thus, to argue points such as clearly different calligraphy, scale and orientation changes, and indeed the very shape of the stones themselves, is to assume the perspective of the pedantic designer – one whose position is not always afforded ‘legal recognition’. But what is a reasonable and prudent person, or as need be, an ‘ordinary observer’ supposed to conclude when even the name ‘Stone Story’ is strikingly similar to ‘Story Stones’? I ask with a mix of rhetoric and sarcasm. If I were to be called as an expert witness at a civil trial my testimony would be succinctly clear: ‘Sure there are minute differences in the design, but to the layperson, the ‘casual or ordinary observer’, the designs are essentially the same.’ at least here in Rome, err, North America, and thus, more or less, everywhere governed by the Bern Convention.

And now for a little epilogue…

‘Stone Story’ is, like most knockoffs, a poor attempt at replicating the work of another. Its complete lack of nuance (and that of DAVAR for posting said image to The Ruggist) touches on the broader lack of understanding between eastern and wester cultures as alluded to by Mr. Rubelli. But, just like no design is fully 100% original, so too is none of this new. If, again with emphasis on if, we in the west are to seek to protect the work of those who create through copyright we must actually protect this work. We must defend and reward creativity and (relative) originality with fervent action instead of complacency and apathy. How many rug and carpet makers who would avail themselves of the benefits of copyright protection are also content to walk past countless knockoffs at trade shows, ignoring them simply because it is not their own work being stolen?

Certainly there are those in the rug industry who think writing about this as I have is uncalled for as – if I were imaging a comment – ‘DAVAR Design is just trying to make a living like the rest of us.’ End imaginary quote. But why should we value their desire to make a living more than that of those who wish to make a living by designing and creating?

This is not an issue confined to rug and carpet design, nor is it one confined to neat and tidy eastern and western, good versus evil, creator or not dichotomies. It affects music, and books, and journalism (such as is its sad state as a result), and everything that man creates. If we are to truly value the beauty that creativity brings to the world, we must protect the rights we already afford those who create, especially their ability to profit from those rights. Either that or we have to do away with the current system all together and start anew. 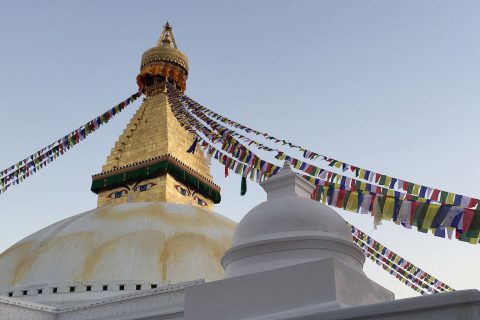 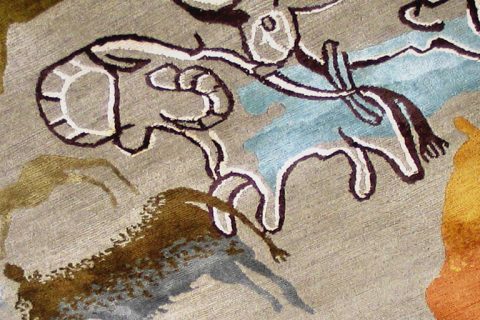