Sparing you any lengthier introduction, we now present a quick peek at some of the carpets and textiles we’re expecting to see during this year’s show. Enjoy… .

The carpets of Orley Shabahang are remarkably modern in styling with the attention to detail and quality one expects to find in Persian/Iranian made carpets given the oft promoted caché associated with that region’s production. They also serve as a vivid real world example of Iranian production adapting to the times as opposed to just dying out as the New York Times would have us believe. If you have time and wish to forgo the NYICS preview cocktail reception, Bahram Shabahang, in association with the venerable though somewhat dogmatic (aren’t we all?) Hajji Baba Club, is hosting an open to the public presentation at their gallery – 241 East 58th Street, New York – entitled ‘Creating New Carpets Using Ancient Techniques’ on Saturday, 10 September 2016 from 4:00pm until 6:00pm.

Whether deconstructed is just a clever marketing name, or a striped design was actually cut apart and reassembled is of little concern as this rug from Patterson Flynn Martin (PFM) is fun, lively, and aggressively graphic. The calm colouration shown above would be well suited in contrast to soft furnishings in an oceanside home, whereas a striking dark colouration could add dramatic flair to a pied à terre.

Global traditional influences from disparate regions are reflected in the two (2) carpets shown above from Odegard and Nouveau Afghan respectively. Both companies – in their own ways –  are enjoying a renaissance of sorts. Odegard by way of its partnership with Kooches thus broadening its distinctive carpet offerings and production capabilities, and Nouveau Afghan by taking advantage of the re-emergence of relatively stable production out of Afghanistan.

Jan Kath‘s Artwork Collection brings a glimpse of the painterly into carpet design by layering colour if you will, as though it has been applied and scraped away with a palette knife. Wildly coloured with overall abstract patterning reminiscent of the work of Gerhard Richter, the Artwork carpets can also be layered, along with other designs in the firm’s repertoire, to create unique one-of-a-kind bespoke carpets which objectify the notion of couture carpet production. Jan Kath by Kyle and Kath – the award winning firm’s New York Showroom – is hosting a daily ‘Family Affair‘ reception at their Chelsea showroom just a short three (3) minute walk from the NYICS at 555 West 25th Street, New York.

As an artist, Amy Helfand’s oeuvre exudes a love of sculpture and juxtaposed composition. This is reflected in her carpet design which is often based on graphics derived from photography of sculptural work. Intended to bring emboldening presence to the floor, her carpets are graphically dominant well suited to those who appreciate the joie de vivre a collection of beautiful, yet distinct, objects can bring. This is Amy Helfand‘s first rug show as she expands fully into the world of rugs, having spent the last decade catering to the New York arts and design community.

This year’s inclusion of an ‘Antique Pavilion’ at the NYICS marks an interesting shift in the presentation of modern carpet production. Though contemporary producers have long glorified the inspiration of the past, it is rare to see collectable and new production shown relatively side by side. The antique marketplace is vastly different than new production and we (I speak royally of myself, but also – if I may – on behalf of the entire industry) are looking quite forward to what this development will bring. Furthermore, since antique carpets are routinely grouped along with antique textiles of all manner we look forward to seeing such inspirational works as the energetically coloured tapestry – shown above – presented by David Sorgato.

This is of course not to say that collectable carpets won’t be presented as that is far from the case. Exemplary carpets which illustrate the vast possibilities of the weaving arts, such as the above shown silk and metallic thread Chinese carpet from Alberto Levi, are sure to be highlights of the show.

The Ruggist looks forward to seeing great carpets and more during the New York International Carpet Show and during The Rug Show happening concurrently. The Ruggist will also present ‘Knot What You Think: An Introduction to Carpets‘ – a public tour of the NYICS on Tuesday, 13 September 2016 at 10:00am. See you at the show(s). 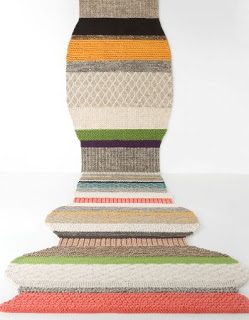 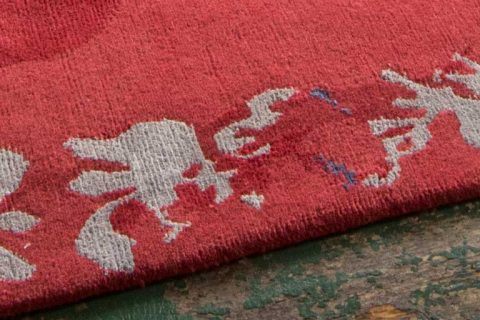