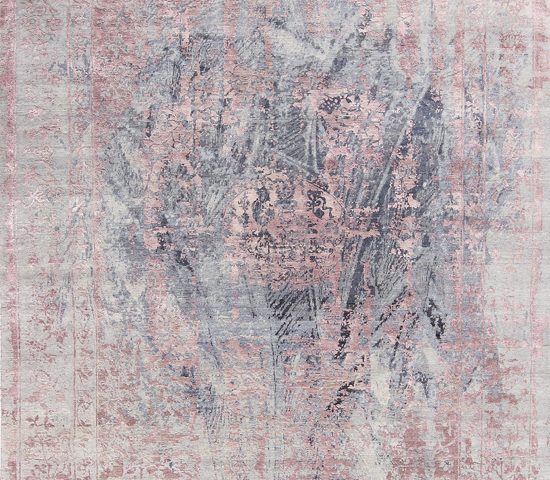 The business of design awards is a tricky one at best. Anyone foolish enough to considerer organizing such a spectacle must be aware of the politics at hand as well as the ever fickle whims of fashionable design. Who can enter? Is there a fee? Who are the judges? All valid questions that are but the tip of the proverbial iceberg that is about to smack head on into those who organize the bumptiously self proclaimed prestigious International Product Design Awards by Design et al. If you’ll allow… 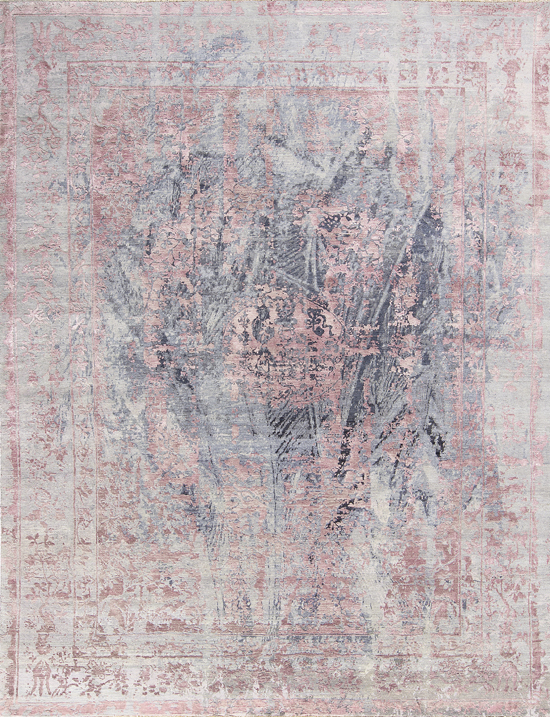 ‘Iceberg’ from THIBAULT VAN RENNE
As you may recall we profiled Thibault van Renne back in June shortly after he announced that ‘Iceberg’ (as shown above) had been shortlisted for the aforementioned design awards. I knew not of said awards as they occur across the pond, but as one must when looking for beautiful rugs to talk about (which ‘Iceberg’ most certainly is) opportunity presented itself and we spoke with Thibault about his work, which we love. Speaking of THIBAULT VAN RENNE, if you’re in North America (and interested in his carpets) you can contact Adam Corson at Modern Tribal Arts whom we just recently learned is now representing the line in North America. But, I digress…
It just so happens that, unbeknownst to us at the time, our dear friends at floorstory also had a carpet selected as a finalist in the very same awards. Surely you must be thinking as I was: ‘How exciting! Two great companies with different design aesthetics competing for the ‘best’. This should be good!’ But before we get to ‘The Prestige’ (in the magician sense) let us have a look at the carpet from floorstory that made the shortlist. 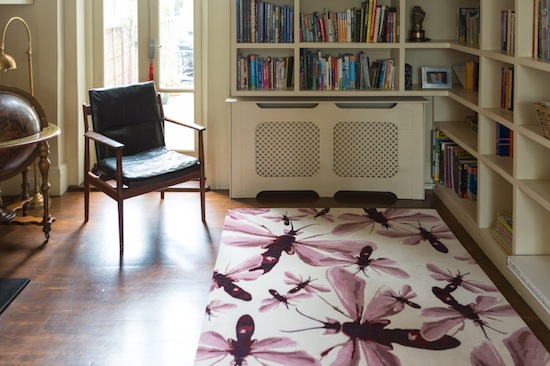 ‘Thawk’ by Eve Spencer for floorstory.
It’s a beautifully designed light, airy, and whimsical rug that has a certain degree of sophistication about it. Maybe it’s some borrowed design credibility from the love of botanical and entomological prints or perhaps it’s the use the colour of the year. Maybe it’s Maybeline? Regardless, it too is a great rug that is also different enough from ‘Iceberg’ to illustrate some real direction in the judging process. What trend, if any, will the judges side with?
Ladies and gentlemen of the world of rugs and carpets I present the winning entrant in the ‘Carpet/Rugs’ Category of the 2015 International Product Design Awards – as presented by Design et al: Beige Carpet. 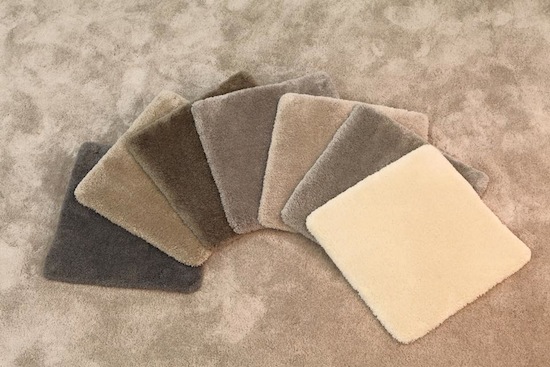 NuSilk™ Broadloom by Sylka
That’s right. Beige. Broadloom. Made of fake silk. Did I mention it was plain beige? I know what you are thinking. It’s like that scene in the now classic film ‘The Adventures of Priscilla, Queen of the Desert’ The one in which Bernadette (played by the incomparable Terence Stamp) elocutes ‘You’ve got to be f*@#-ing joking.’ Right? Sadly no. This is the product that won the award. Did I mention the company Sylka is also a banner sponsor of the awards? No? Well they are.
So there we have it. Obviously the people who organize these supposedly prestigious awards are indeed magicians of sorts as they have mistaken prestigious for the prestige. For those unaware, ‘the prestige’ is the moment in the magic trick when the trick, the ploy, the surprise is revealed. It’s also the time when those of us who thought we were following along with the trick generally get duped by the clever magician. To the other entrants and to those who might follow these misnamed awards: we’ve all been duped, and let me tell you how.
Before we begin though we must be (somewhat) polite and, as we did at the outset, acknowledge the difficulties one must have when structuring such an affair. It is impossible to please everyone without creating such a banal result that it would beg the question ‘Why bother at all?’ My experience as both an entrant/finalist and as a commentator with another award scheme (which while unnamed has refined itself over the the years addressing its former issues) reveals a myriad of problems that the folks behind the International Product Design Awards just fail to grasp.

Foremost of those problems is the fact that a sponsor is even in the awards, let alone a finalist, let alone the winner. Now do not mistake what I am saying to imply that any nepotism is involved, but the appearance is certainly one of impropriety and at the end of the day appearance is reality. Second most concerning is the grouping of rugs and broadloom in the same category. Maybe the decision was made to group them due to insufficient numbers of entrants in either individual designation, but putting the likes of anything handmade with that of a machine loomed product reveals a complete and utter lack of understanding of design, and moreover luxury as they promote. The final transgression of note is that the ‘judging’ was actually voting by popularity open to the worst judge of design: the masses. Yes, I am fully aware the consumers of fine rugs are a portion of the masses, I am also fully aware that they like to occupy their time looking at the asses (of the Kardashians). Asking the uninformed to judge the quality of a design (which is the implied question at hand) is like asking me to judge coffee. Yes I love coffee and I know what I like, but my palate is simply not refined enough to intelligently discuss the individual merits of this bean/roaster over that of another. By extension, the under informed conviction of the masses tells us that beige plastic is the hot thing in luxury. May God (or not) have mercy on our souls.

To be completely mostly fair the NuSilk™ line of products from Sylka do posses a bevy of features (with equal benefits) well suited to our modern era including impressive durability, custom colourations, lightfastness, and fire ratings making it suitable for use on Yachts and Aeroplanes. But at the end of the day this is like comparing apples to oranges (as the American colloquialism goes); handmade rugs and carpets simply should not be in the same category as broadloom. Period.

In the future, if you’re considering entering a design award competition, or if you’re considering organizing one, research the pitfalls (and correct for them), enter in categories suited to your product, and ensure the judging is simply more than a popularity contest. I think it safe to say we all had enough of that in high school. Perhaps the half wisdom half marketing nonsense I once imparted to a now dear friend when we first met a decade ago still holds true: ‘We let our customers judge us based on their repeat business.’ Either that or we need to rethink what ‘luxury’ means to us in this day and age, but that’s a question for another day.

Editor’s Note: This article was revised on 30 September 2015 to correct several typographical errors and to add clarification on a few points. 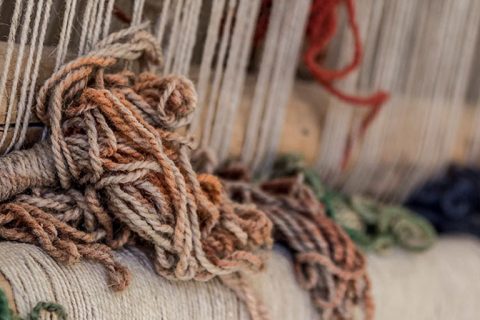